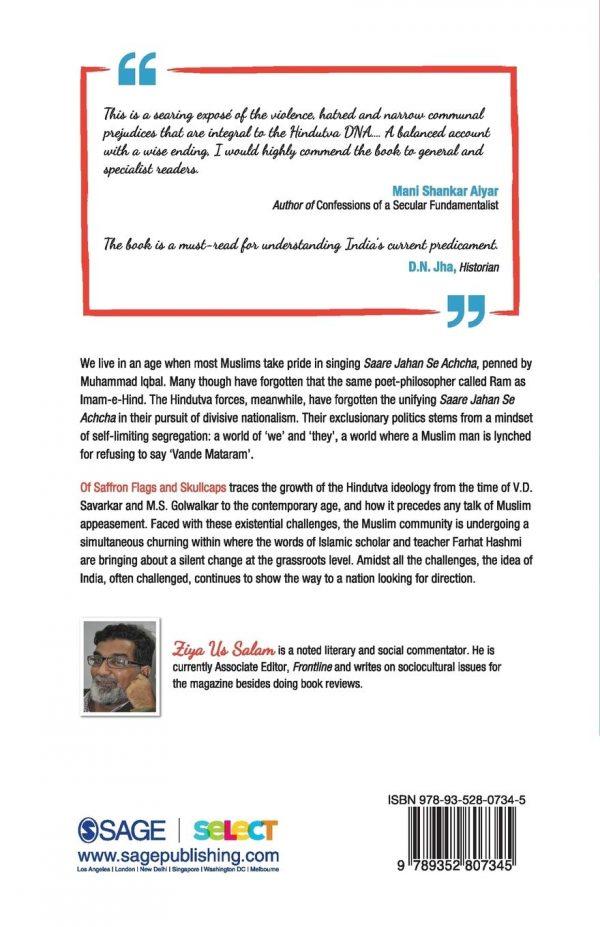 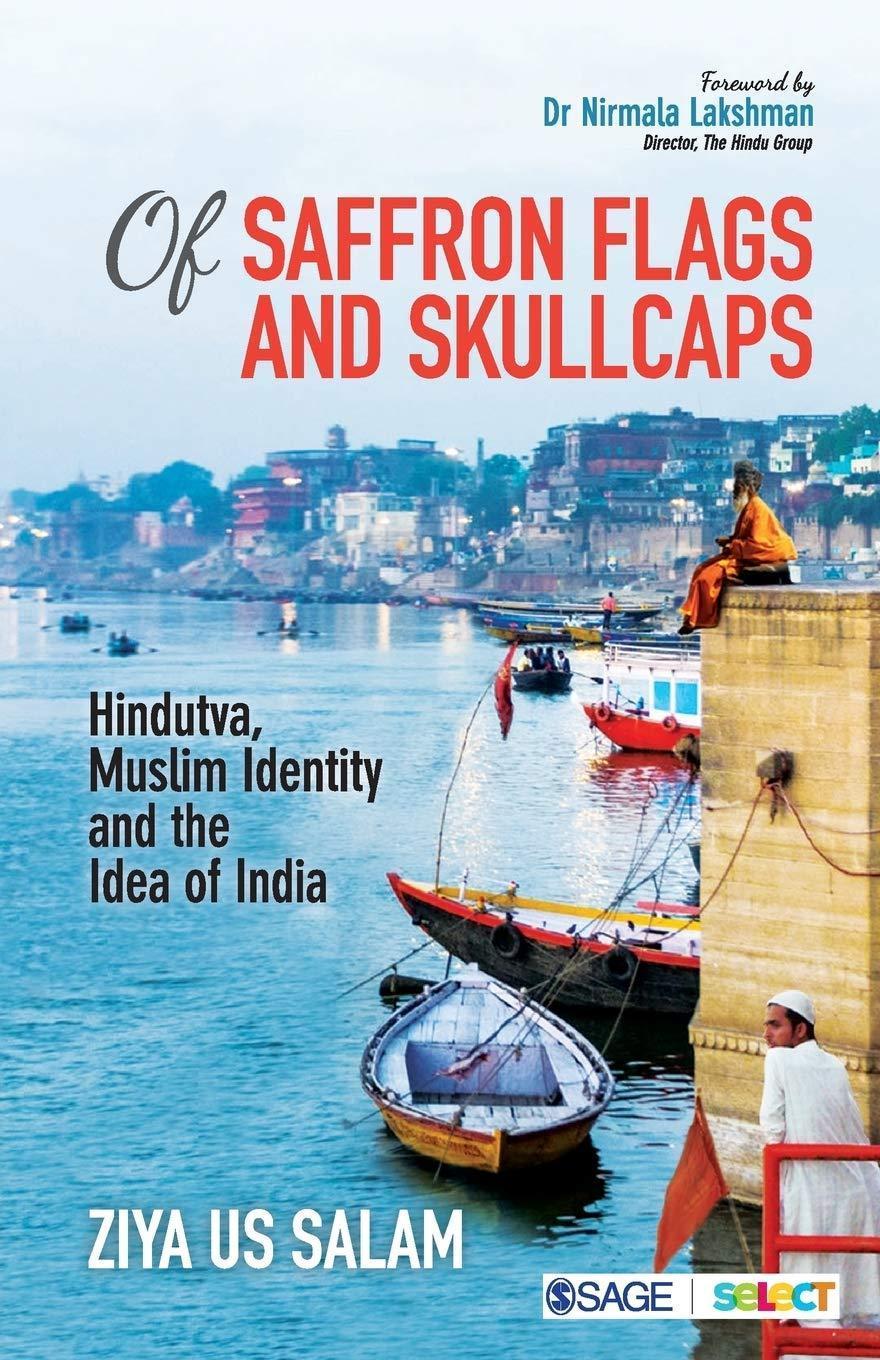 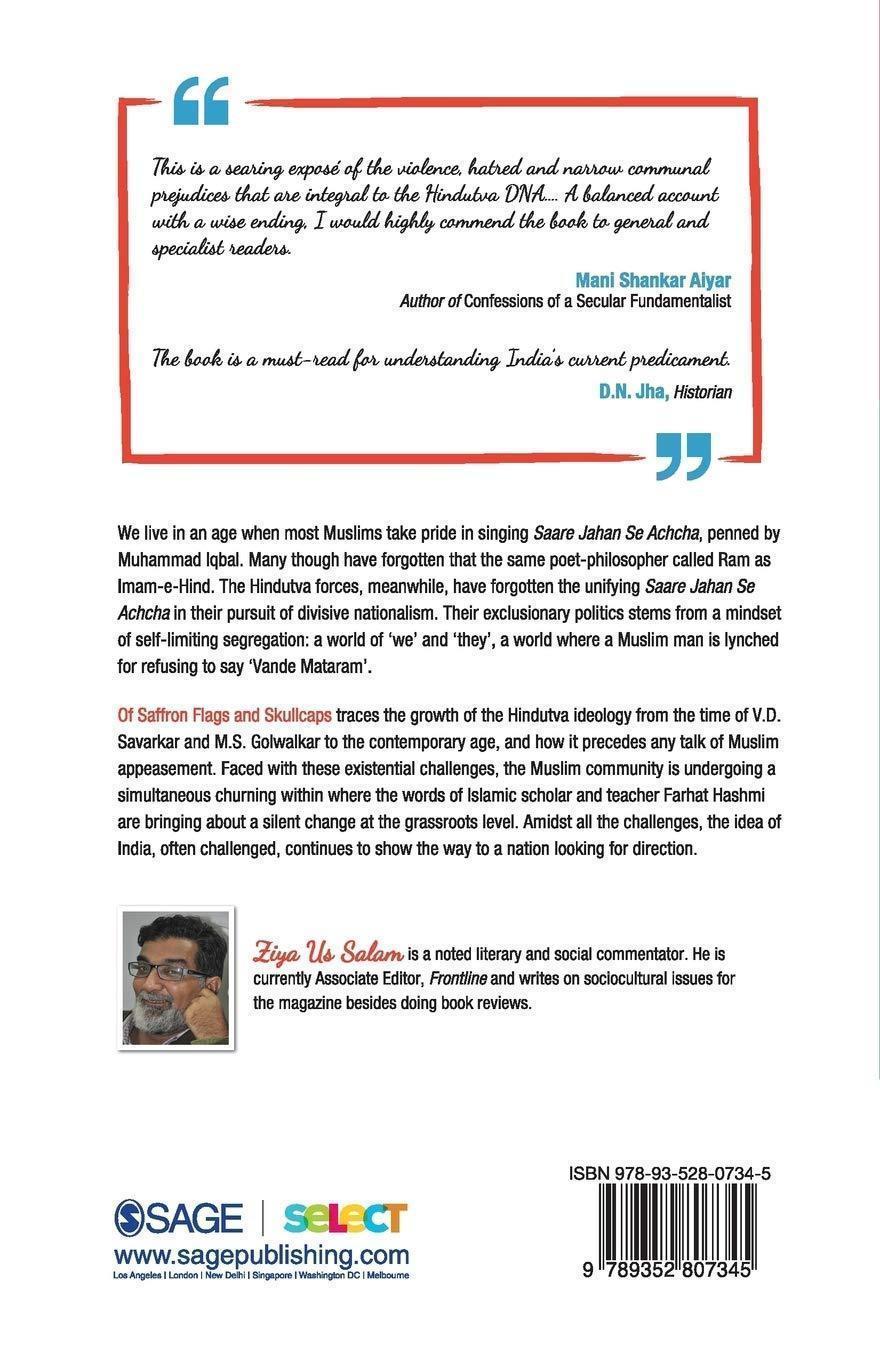 Review
This book is a must-read for every Indian. It brings out the frightening growth of religious communalism in India, which threatens to tear apart the delicate fabric woven by the Indian people over the centuries. Yet the author is optimistic that what will endure is this very practice of the Indian people living together for centuries evolving a syncretic, plural, multi-cultural society which our nation builders tried to promote as the ‘idea of India’. (Aditya Mukherjee, Professor of Contemporary History, Centre for Historical Studies, Jawaharlal Nehru University, New Delhi)

This is a searing exposé of the violence, hatred and narrow communal prejudices that are integral to the Hindutva DNA. In tracing the trajectory from Savarkar to Modi, Ziya Us Salam shows that nothing has changed and how, therefore, our secular nationhood is currently threatened. He sums up by explaining how the Muslim community might best meet this challenge through internal social reforms. A balanced account with a wise ending, I would highly commend the book to general and specialist readers.

(Mani Shankar Aiyar, Author of Confessions of a Secular Fundamentalist)

We live in an age when most Muslims take pride in singing Saare Jahan Se Achcha, penned by Muhammad Iqbal. Many though have forgotten that the same poet-philosopher called Ram as Imam-e-Hind. The Hindutva forces, meanwhile, have forgotten the unifying Saare Jahan Se Achcha in their pursuit of divisive nationalism. Their exclusionary politics stems from a mindset of self-limiting segregation: a world of ‘we’ and ‘they’, a world where a Muslim man is lynched for refusing to say ‘Vande Mataram’.

Of Saffron Flags and Skullcaps attempts to trace the growth of the Hindutva ideology from the time of V.D. Savarkar and M.S. Golwalkar to the contemporary age, and how it precedes any talk of Muslim appeasement. Faced with these existential challenges, the Muslim community is involved in simultaneous churning within where the words of Islamic scholar and teacher Farhat Hashmi are bringing about a silent change at the grassroots level. Amidst all the challenges, the idea of India, often challenged, continues to show the way to a nation looking for direction.

Be the first to review “Of Saffron Flags and Skullcaps: Hindutva, Muslim Identity and the Idea of India” Cancel reply