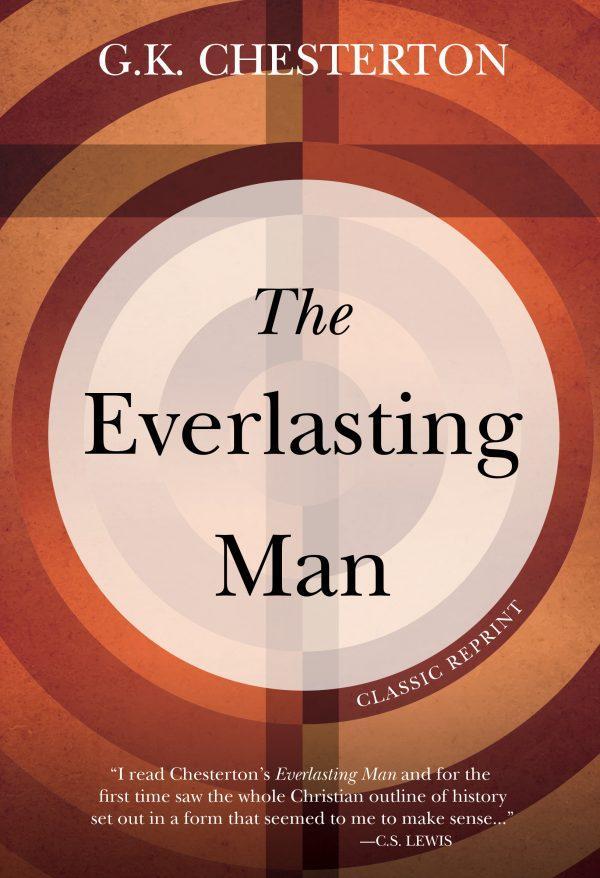 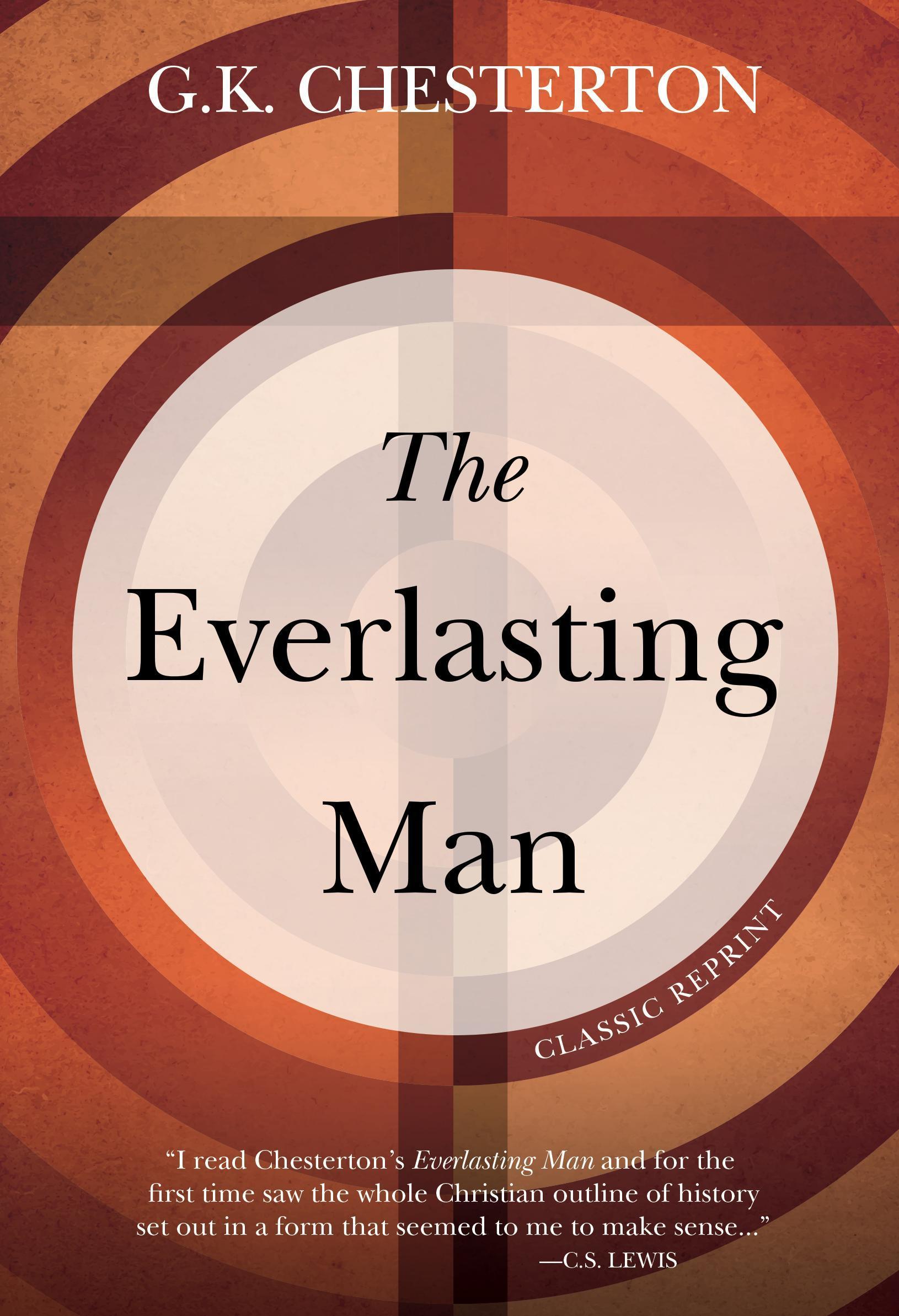 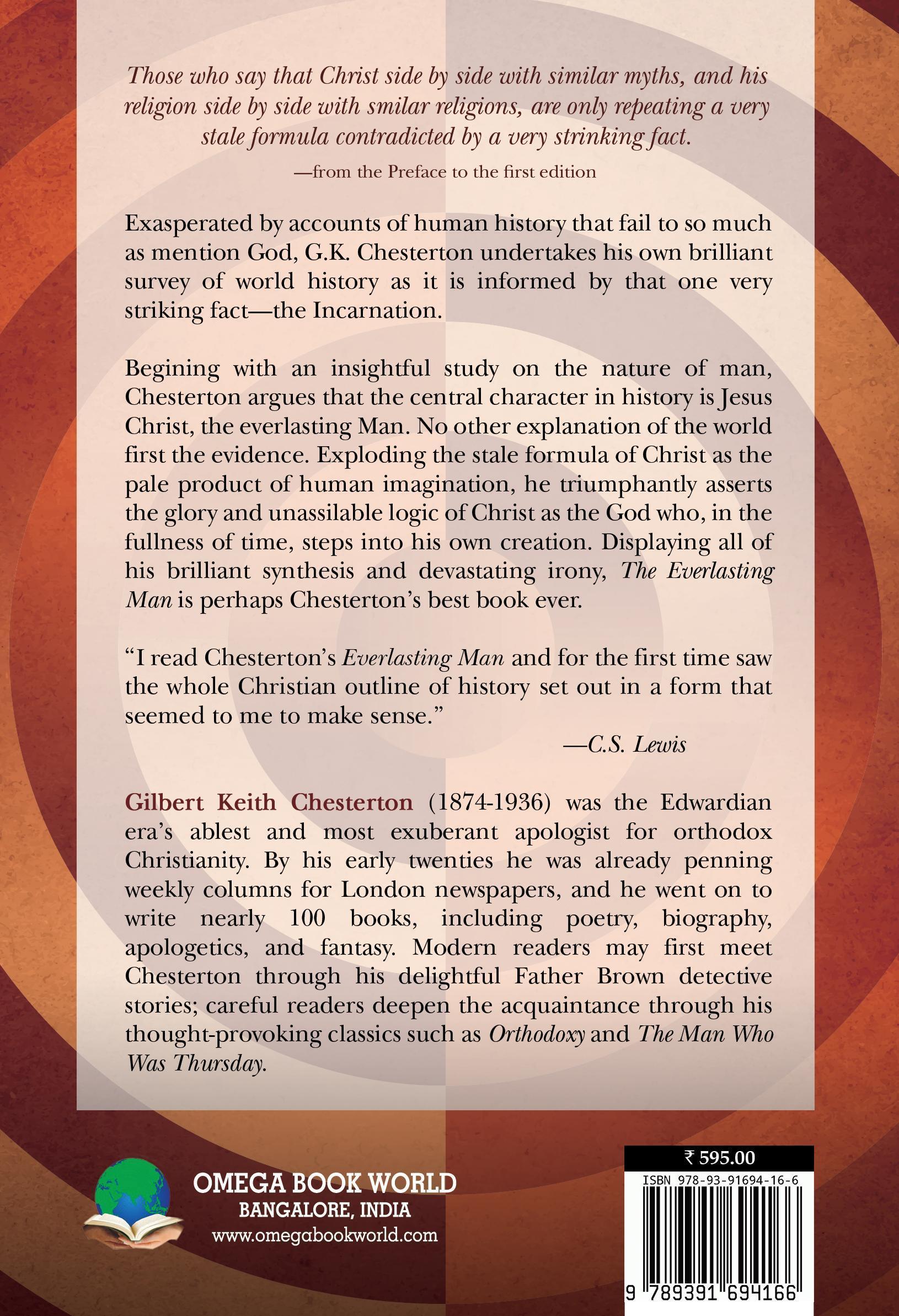 C.S. Lewis was an atheist until he read Chesterton’s book, The Everlasting Man, but he wasn’t afterwards, prompting him to observe that a young man who is serious about his atheism cannot be too careful about what he reads.

Exasperated by accounts of human history that fail to so much as mention God, G.K. Chesterton undertakes his own brilliant survey of world history as it is informed by that one very striking fact-the Incarnation.

Begining with an insightful study on the nature of man, Chesterton argues that the central character in history is Jesus Christ, the everlasting Man. No other explanation of the world first the evidence. Exploding the stale formula of Christ as the pale product of human imagination, he triumphantly asserts the glory and unassilable logic of Christ as the God who, in the fullness of time, steps into his own creation. Displaying all of his brilliant synthesis and devastating irony, The Everlasting Man is perhaps Chesterton’s best book ever.

“I read Chesterton’s Everlasting Man and for the first time saw the whole Christian outline of history set out in a form that seemed to me to make sense.”
-C.S. Lewis

G.K. Chesterton (29 May 1874 – 14 June 1936) was an English writer, philosopher, lay theologian, and literary and art critic. He has been referred to as the "prince of paradox". Time magazine observed of his writing style: "Whenever possible Chesterton made his points with popular sayings, proverbs, allegories—first carefully turning them inside out.

Be the first to review “The Everlasting Man” Cancel reply

The Delusion of Atheism

Not Our Father’s Faith: How Doctrines Of Demons Have Invaded The Church

Know the Truth – A Handbook Of Christian Belief: Second Edition

Science, Technology and the Future of Humanity