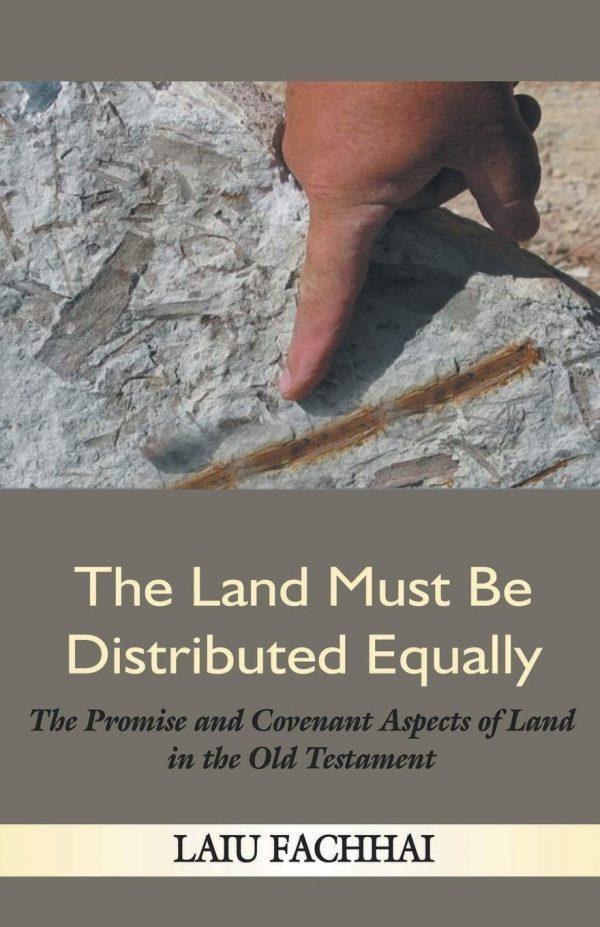 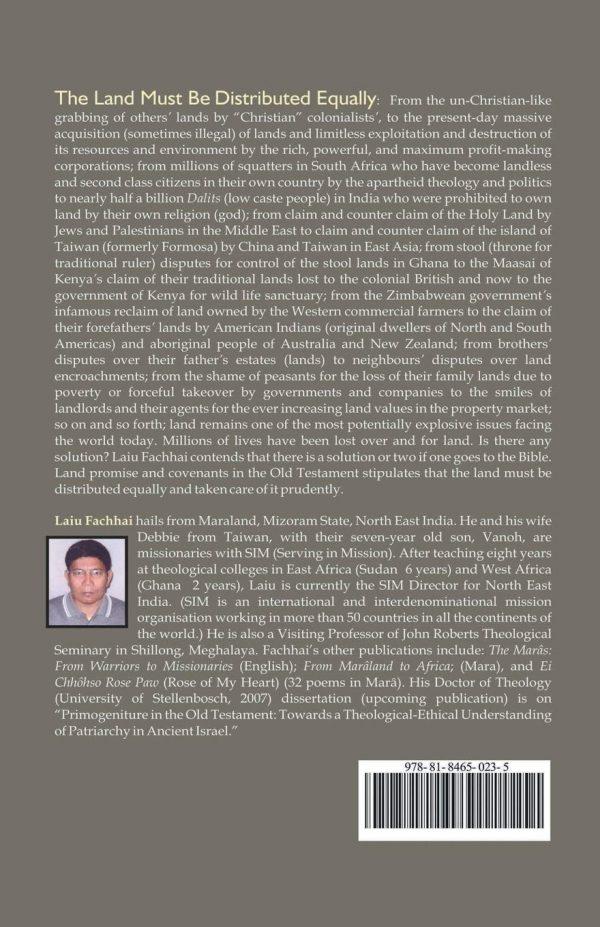 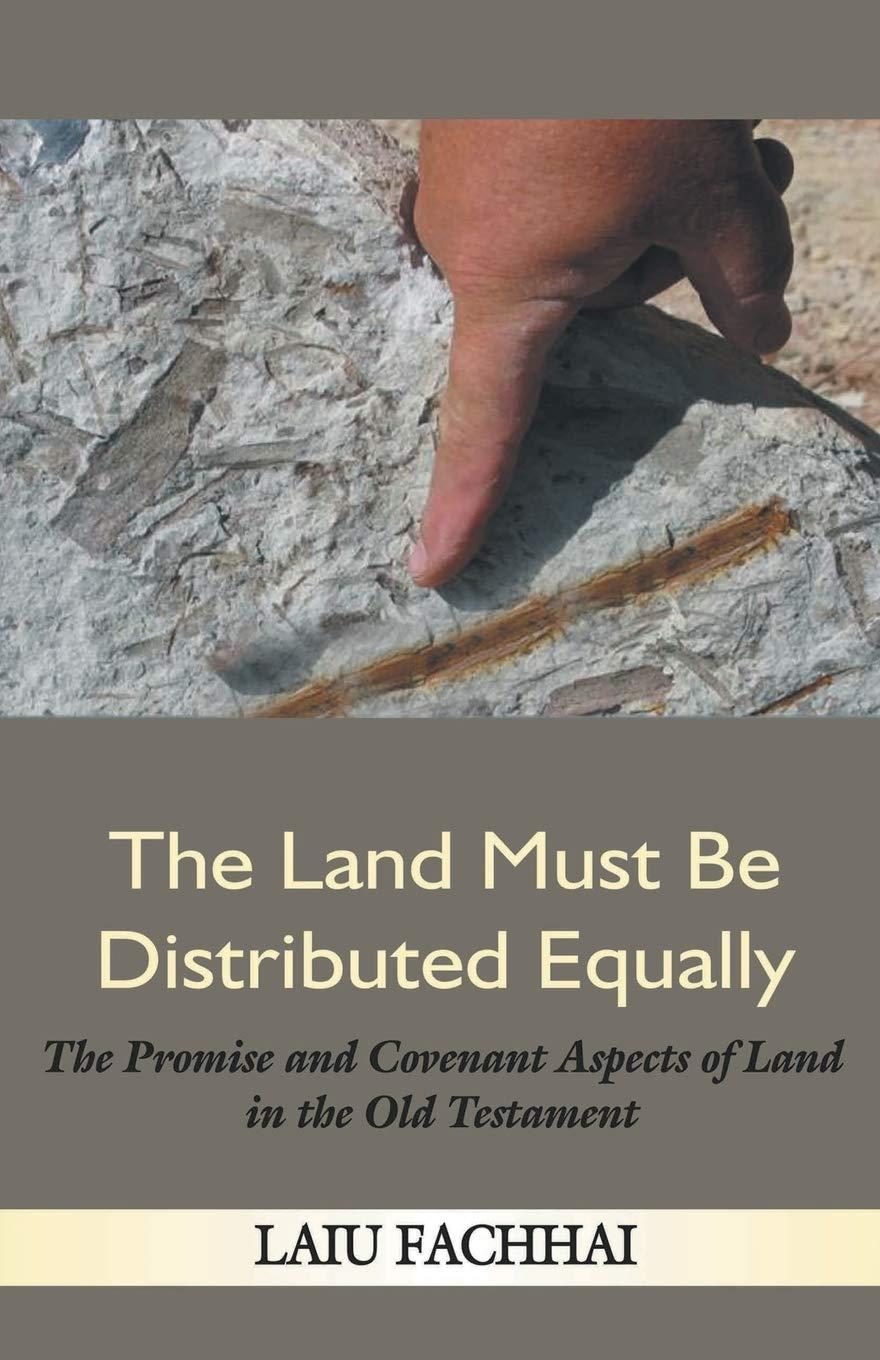 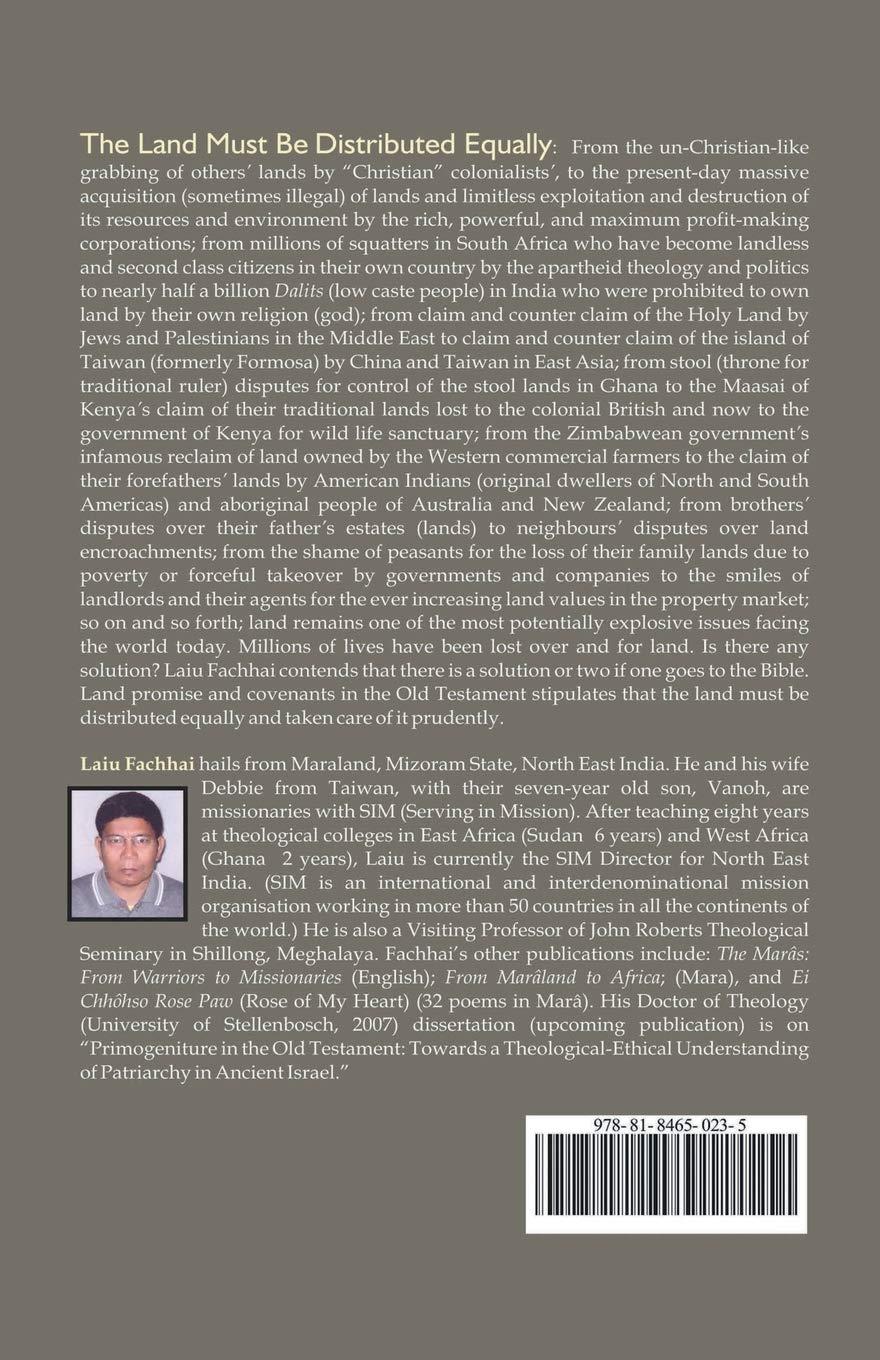 The Land Must Be Distributed Equally: From the un-Christianlike grabbing of others’ lands by “Christian” colonialists’, to the present-day massive acquisition (sometimes illegal) of lands and limitless exploitation and destruction of its resources and environment by the rich, powerful, and maximum profit-making corporations; from millions of squatters in South Africa who have become landless and second class citizens in their own country by the apartheid theology and politics to nearly half a billion Dalits (low caste people) in India who were prohibited to own land by their own religion (god); from claim and counter claim of the Holy Land by Jews and Palestinians in the Middle East to claim and counter claim of the island of Taiwan (formerly Formosa) by China and Taiwan in East Asia; from stool (throne for traditional ruler) disputes for control of the stool lands in Ghana to the Maasai of Kenya’s claim of their traditional lands lost to the colonial British and now to the government of Kenya for wild life sanctuary; from the Zimbabwean government’s infamous reclaim of land owned by the Western commercial farmers to the claim of their forefathers’ lands by American Indians (original dwellers of North and South Americas) and aboriginal people of Australia and New Zealand; from brothers’ disputes over their father’s estates (lands) to neighbours’ disputes over land encroachments; from the shame of peasants for the loss of their family lands due to poverty or forceful takeover by governments and companies to the smiles of landlords and their agents for the ever increasing land values in the property market; so on and so forth; land remains one of the most potentially explosive issues facing the world today. Millions of lives have been lost over and for land. Is there any solution? Laiu Fachhai contends that there is a solution or two if one goes to the Bible. Land promise and covenants in the Old Testament stipulates that the land must be distributed equally and taken care of it prudently.

Living Messages of the Books of the Bible – Genesis to Malachi

The Temple: Its Ministry and Services

An Introduction to the Old Testament Poetic Books

An Introduction to the Old Testament Pentateuch

The Message of Leviticus – The Bible Speaks today