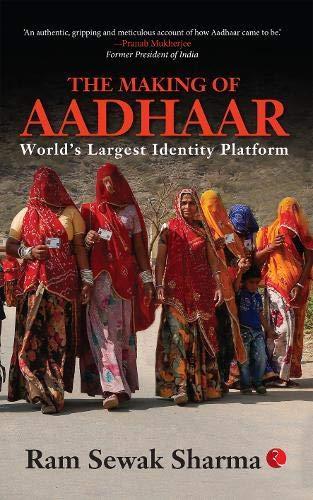 Aadhaar is the world’s largest identity project that enrolled a billion residents. <The making of Aadhaar offers insights into the creation of this one-of-a-kind system, at a fraction of the cost of the alternative, less sophisticated identity systems that had been previously tried in India and elsewhere. That, by itself, makes for an interesting case study because outcomes of major projects, especially in government, tend to range from the ‘overwhelming’ to the ‘spectacular failures’. Aadhaar is the exception that proves the rule.

alongside Nandan Nilekani, the author led a brilliant team in developing the technology that undergirds Aadhaar, enrolled the Resident population of India, created an online authentication mechanism for the digital world, and operationalize the ecosystem to take advantage of the new identity.

This book is a first-hand account from the trenches which provides a lucid and in-depth understanding of the artefact called Aadhaar and how it continues to change and redefine India.

Be the first to review “THE MAKING OF AADHAAR: World’s Largest Identity Platform” Cancel reply