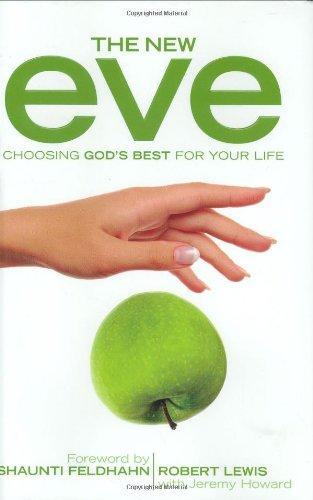 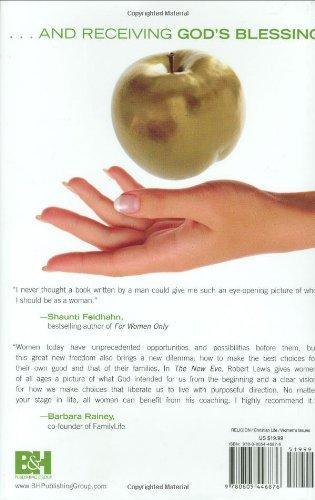 The New Eve: Choosing God’s Best for Your Life

The New Eve: Choosing God’s Best for Your Life

The answer is: because women strongly encouraged him to do so! Per their request, having seen so many positive changes in the men in their lives, The New Eve is an equally stirring counterpart to Robert’s teachings on authentic biblical manhood, powerfully defining Christian womanhood in the context of the modern world.

He says, “Many women lack a clear, compelling, biblical vision for what it means to be a Christian woman living in the twenty-first century. They are stuck with images mired in 1950s terminology or given license to indiscrimi­nately pursue a modern life that overlooks divine directives, bringing confusion and regret.”

In essence, The New Eve sets forth and expounds upon five “Bold Moves” for today’s discerning woman: Live from the Inside Out; Adopt a Biblical Definition of Womanhood; Embrace a Big-Picture Perspective on Life; Live with the End in Mind; Use Wisdom with a Man.

“I never thought a book written by a man could give me such an eye-opening picture of who I should be as a woman.”

—Shaunti Feldhahn, bestselling author of For Women Only

“Women today have unprecedented opportunities and possibilities before them, but this great new freedom also brings a new dilemma: how to make the best choices for their own good and that of their families. In The New Eve, Robert Lewis gives women of all ages a picture of what God intended for us from the beginning and a clear vision for how we make choices that liberate us to live with purposeful direction. No matter your stage in life, all women can benefit from his coaching. I highly recommend it.” ??

“Robert Lewis sounds a much-needed message as he calls women to walk in the feminine freedom and fullness that result from embracing our core biblical callings. The New Eve dispels the current cultural fog regarding what it means to be a woman, by looking to God’s design as revealed in the Scripture, for wisdom, insight, and direction.”

Be the first to review “The New Eve: Choosing God’s Best for Your Life” Cancel reply

DISCIPLESHIP OF ASIAN WOMEN AT THE SERVICE OF LIFE