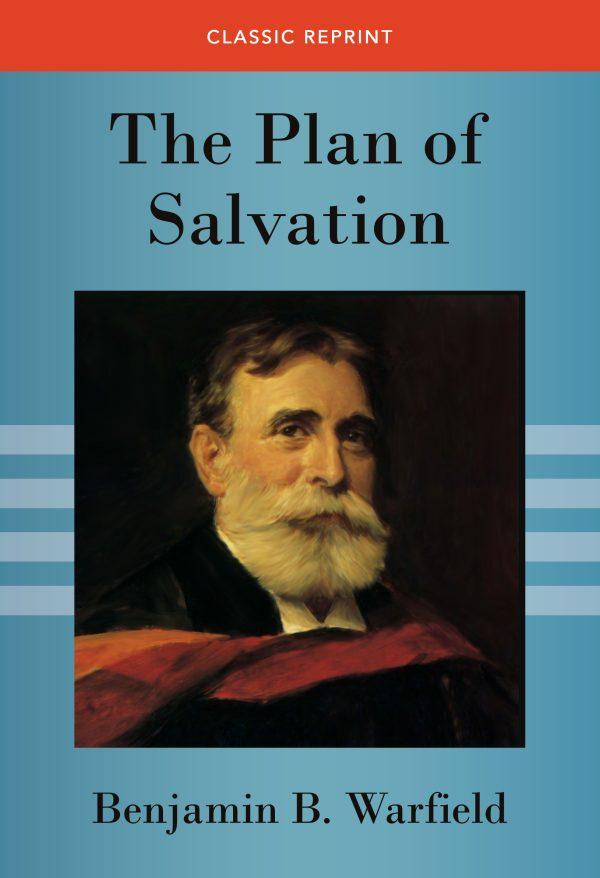 The Plan of Salvation 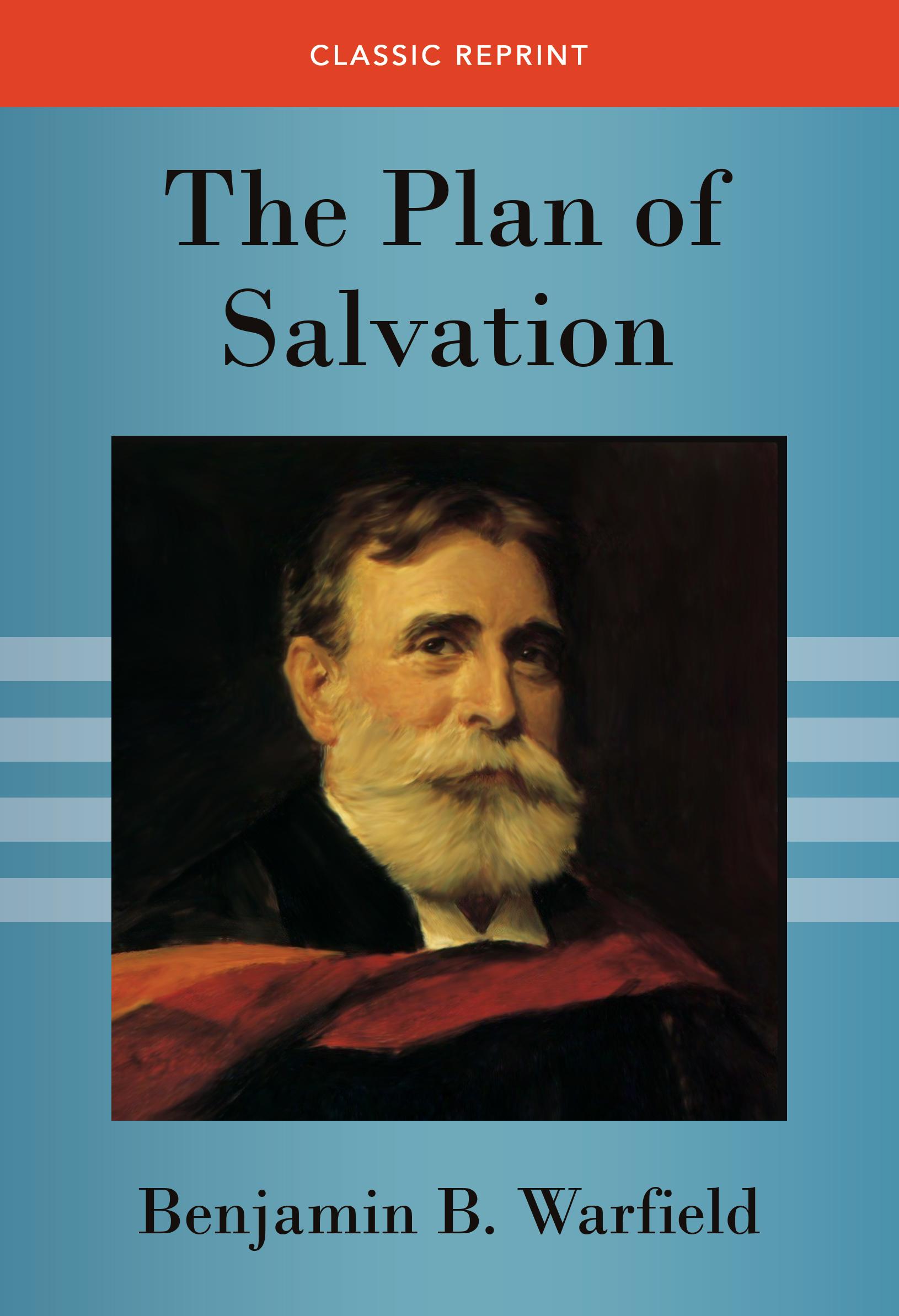 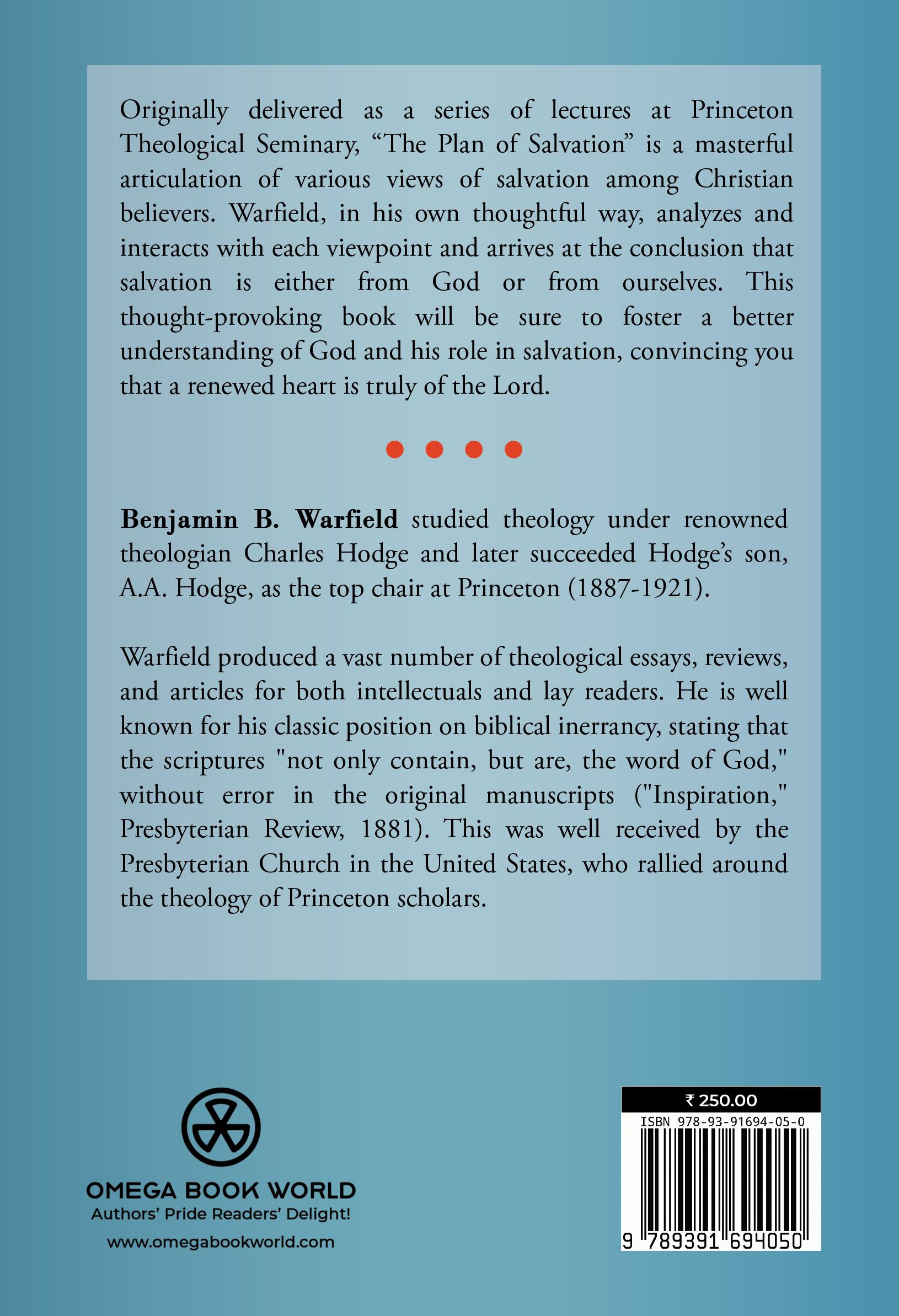 The Plan of Salvation

Originally delivered as a series of lectures at Princeton Theological Seminary, “The Plan of Salvation” is a masterful articulation of various views of salvation among Christian believers. Warfield, in his own thoughtful way, analyzes and interacts with each viewpoint and arrives at the conclusion that salvation is either from God or from ourselves. This thought-provoking book will be sure to foster a better understanding of God and his role in salvation, convincing you that a renewed heart is truly of the Lord.

Pastor, biblical scholar, and eminent theologian, Benjamin Breckinridge Warfield was born near Lexington, Kentucky in 1851. He studied at the College of New Jersey and afterwards enrolled as a student at Princeton Theological Seminary. He completed his seminary degree in 1876, and afterwards spent two additional years of study abroad under leading European theological tutors. After returning to America, Warfield served as pastor at First Presbyterian Church, Baltimore, Maryland (1877-78). In 1878 he accepted a call to serve as a Professor of New Testament at Western Theological Seminary in Allegheny, Pennsylvania, where he remained for the next nine years.

Following the sudden and premature death of A. A. Hodge in 1887, Warfield accepted the call to Princeton and began a distinguished teaching and publishing career that would conclude with his death in 1921. Warfield was a competent linguist and gifted exegete; his studies in textual transmission and the related field of biblical criticism provided a strong scriptural foundation for his work as Professor of Polemic and Didactic Theology at Princeton. Warfield’s individual mastery of theological encyclopedia represents the highpoint in the history of the gifted faculty who helped establish Princeton’s reputation for profound scholarship and eminent piety.

Warfield devoted his life to meticulous research, learned and pious publications, and caring for his invalid wife, Annie Pierce Kinkead, who he had married in 1876. She had suffered severe nervous trauma when they had been caught in a violent thunderstorm while walking in the Harz mountains in Germany not long after their marriage. Warfield’s domestic responsibilities limited his involvement in denominational activities and travels beyond Princeton. His time spent in study, however, paid rich dividends of lasting value for the Christian church through the steady stream of articles, reviews, lectures, collections of sermons, and monographs that flowed from his pen. Several of his books are published by the Trust: Counterfeit Miracles, Faith and Life, Biblical Doctrines, The Saviour of the World, and Studies in Theology.

Warfield sought to perform his work at Princeton as a continuation of the spirit and theological contours of Charles Hodge’s legacy. As editor of The Princeton Review for over twenty years, he helped re-establish the journal as a major presence in the world of theological academia. As a theologian, Warfield’s efforts were often drawn to an apologetic defence of the reliability of the Scriptures and the intellectual truth claims of biblical doctrine. Scientific naturalism, theological liberalism, and the effects of autonomous human reason were all brought under the searchlight of Scripture and exposed for the different species of unbelief that they each were. Warfield’s evidentialist approach to biblical apologetics places emphasis on the facts of divine revelation and the ability of the human mind to interpret the data in a way that should lead to responsive faith, but never at the expense of omitting the need for the work of the Holy Spirit in illumination and regeneration for the data to be properly interpreted and Christ embraced with genuine saving faith.

Be the first to review “The Plan of Salvation” Cancel reply

THEOLOGIZING IN THE INDIAN CONTEXT: Statements of the Indian Theological Association

The Gospel according to God: Rediscovering the Most Remarkable Chapter in the Old Testament

In Abraham’s Bosom: Christianity Without the New Testament