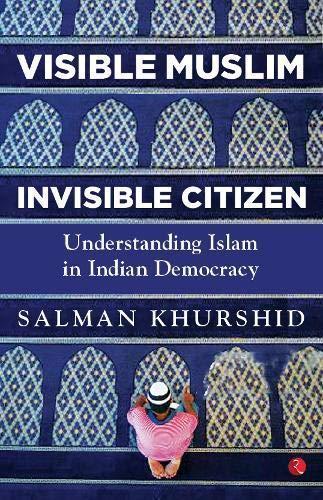 ‘The book seeks to explain Islam to non-Muslims, place the identity of the Indian Muslim in the context of Indian democracy, and decipher the Muslim mind in social and political contexts, beyond theology. ’- PTI

‘The notion that Muslims’ problems are internal and self-made is the cornerstone of a new intellectual orthodoxy. This book presents rich material to fight that idea.’-The Asian Age

‘Visible Muslim Invisible Citizen: Understanding Islam in Indian Democracy is a bold attempt to speak to the Indian Muslims about what they need to do right and to the Hindus about why they need to do more to preserve the country’s plural heritage.’- The Tribune

‘Khurshid’s magisterial survey of the condition of his community reveals with telling effect the travails that confront India’s minority Muslim community.’- Open

‘Of the many questions Salman Khurshid asks in his book the most important is this: why can’t India’s Hindus understand India’s Muslims? He tries to discuss this puzzle in 24 chapters, which range from theology to politics to history to law and society.’-The Telegraph

‘Lucidly written and sharply argued, the book drives home the important message that there is no inherent civilisational clash between Islam and Hinduism as we know them in our national lives.’- Rising Kashmir