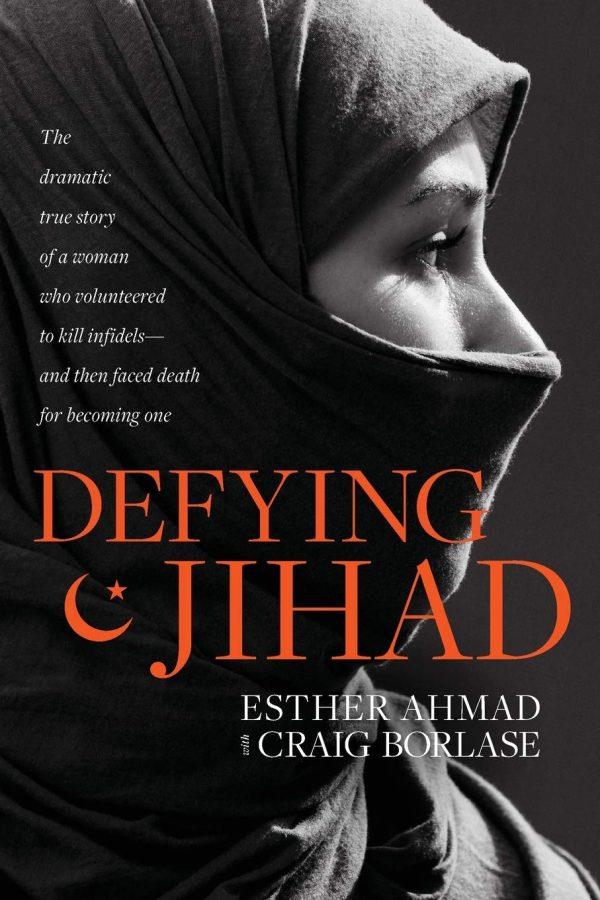 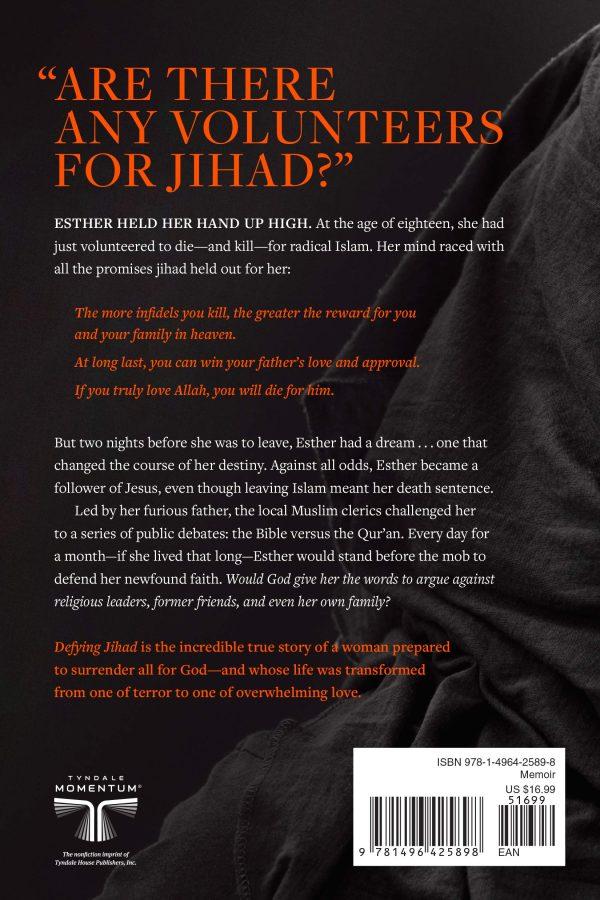 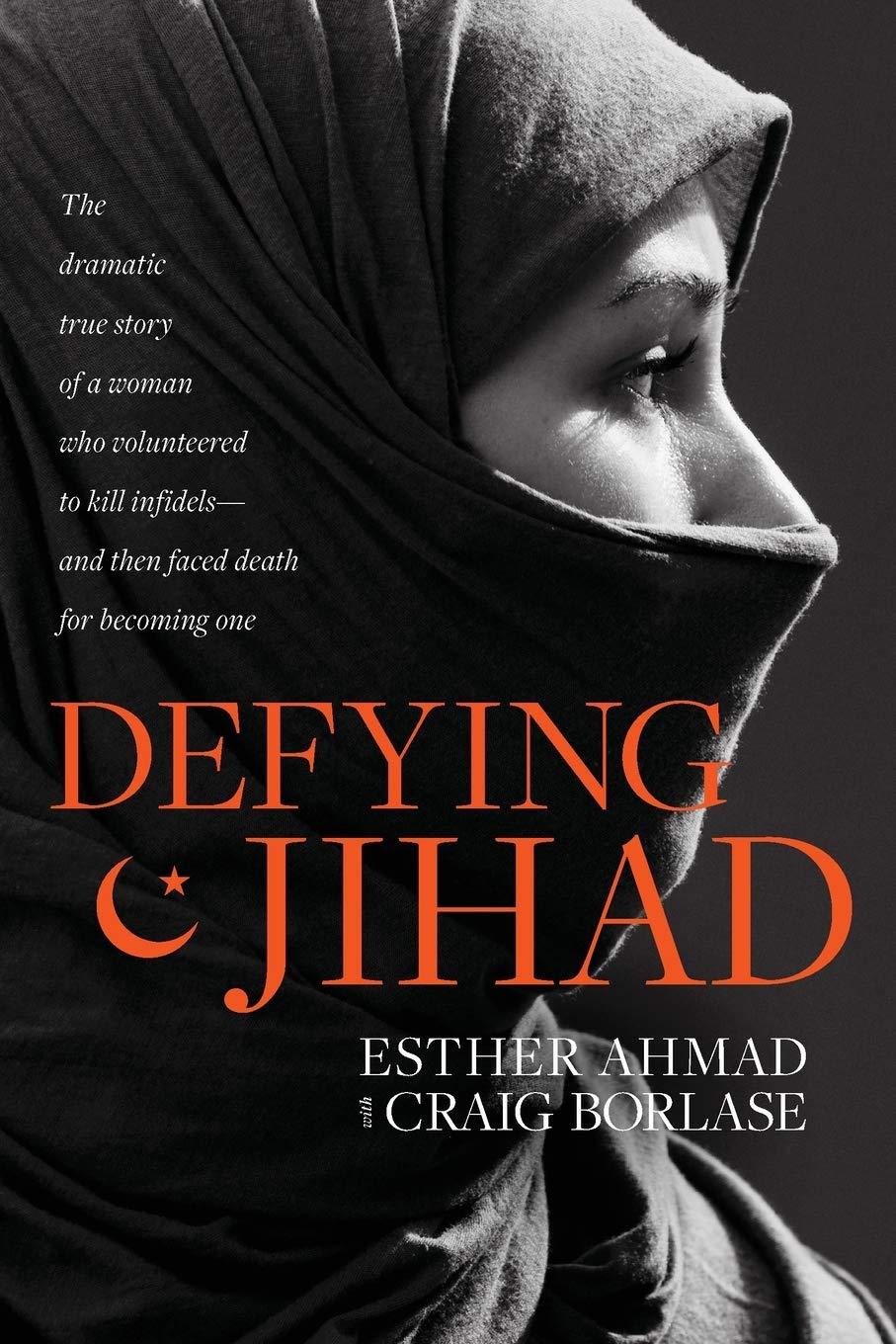 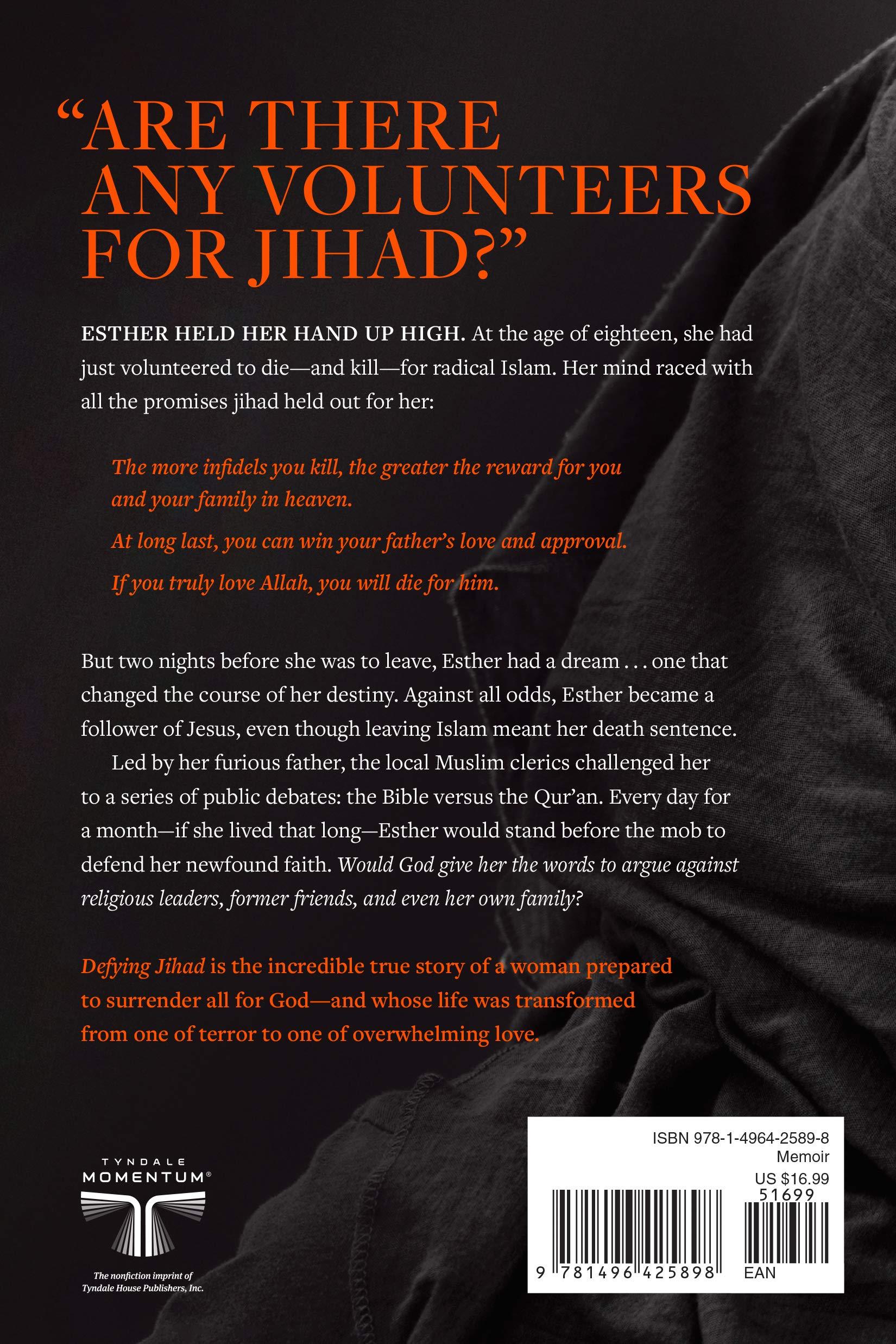 If you truly love Allah, you will die for him.
Your death will mean much reward for you and your family in heaven.
Only death will prove your love.

It was the final test. A chance to win not only the love of Allah, but the love of her fathersomething she had never been able to earn. Esther took a deep breath and raised her hand in the air. At the age of eighteen, she had just volunteered to become a suicide bomber.

Defying Jihad is the true story of a girl growing up under radical Islamic rule, trained to believe her ultimate purpose was to serve Allah by dying as a jihadist. But two nights before she was to leave forever, she had a dream . . . one that would change the course of her destiny.

Against all odds, Esther became a follower of Jesuseven though leaving Islam meant her death sentence. But rather than kill her immediately, Esthers furious father challenged her to a series of public debates with Muslim scholars: the Bible versus the Quran. If Esther won, she might yet survive. But if the Muslim clerics won, Esther must renounce her Christian faith. For an entire monthif she lived that longEsther would be brought before the mob daily to defend her newfound faith. Would God give her the words to argue against Muslim leaders, former friends, and even her own family?

Defying Jihad is an amazing story of a woman prepared to surrender all for Jesusand whose life transformed from terror to overwhelming love.

Esther Ahmad fled her home country of Pakistan due to life-threatening persecution for her Christian faith. She and her family were refugees in Malaysia for eight years; today, they reside in the American South. Esther shares her story of survival and redemption as she speaks to churches and organizations.

Be the first to review “Defying Jihad: The Dramatic True Story of a Woman Who Volunteered to Kill Infidels–And Then Faced Death for Becoming One” Cancel reply

Treasure In Clay – The Autobiography of Fulton J. Sheen