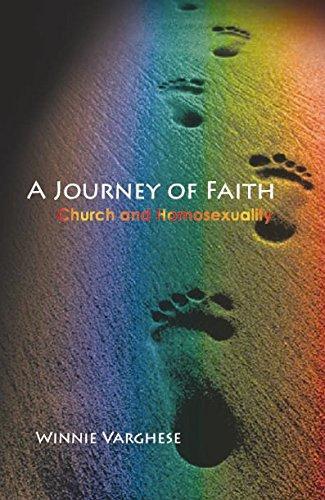 A Journey of Faith: Church and Homosexuality

A Journey of Faith: Church and Homosexuality

Like the stiff corsets and crinolines associated with the Victorian era, the British Empire’s rules of morality too were restricive and prescribed the dos and don’ts of acceptable behaviour. One of these manifested itself in Section 377 of the Indian Penal Code. In July 2009, the High Court of iDelhi declared unconstitutional the section that criminalized sex against “the order of nature”, thus opening up a debate in the country. Later, the Supreme Court overturned that judgment, futher bringing into focus the question of the rights of an individual in a progressive, democratic society. This book narrates the faith journey of the author as a lesbian, Christian and ordained minister. She traces the history of the gay movement in the U.S. and calls the churches to contextualise scriptural texts and search for new answers to problems in an emerging world. It is her daring attempt to be honest with herself. This book is a bold attempt by the Senate of Serampore College (University) to engage theologically on a these that Indian Churches have chosen to keep muted until now.

Be the first to review “A Journey of Faith: Church and Homosexuality” Cancel reply

What Does the Bible Really Teach about Homosexuality?