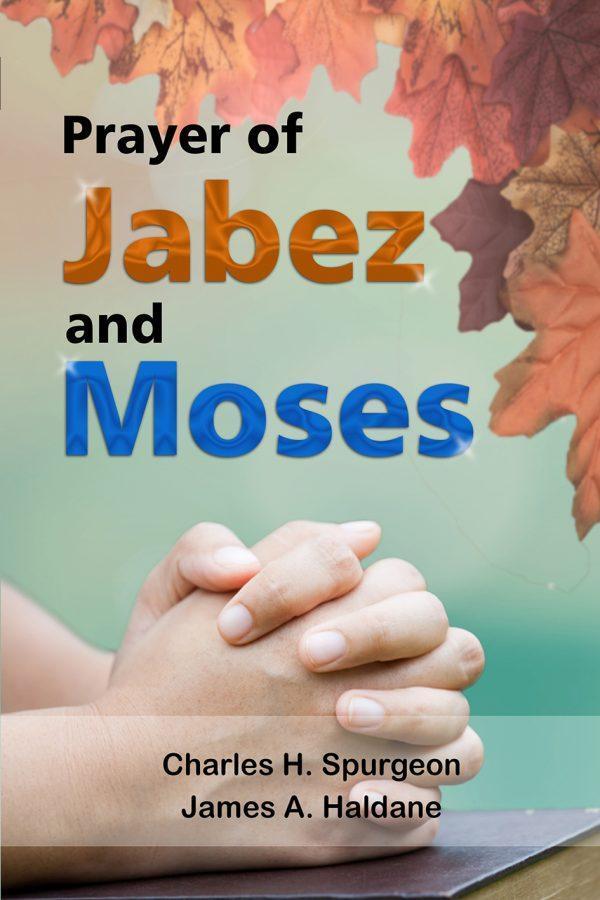 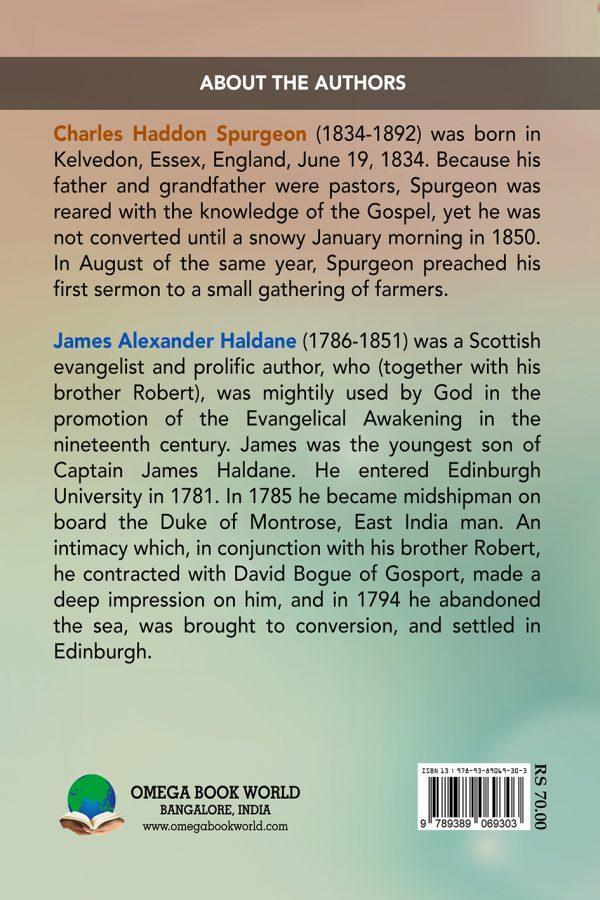 Prayer of Jabez and Moses 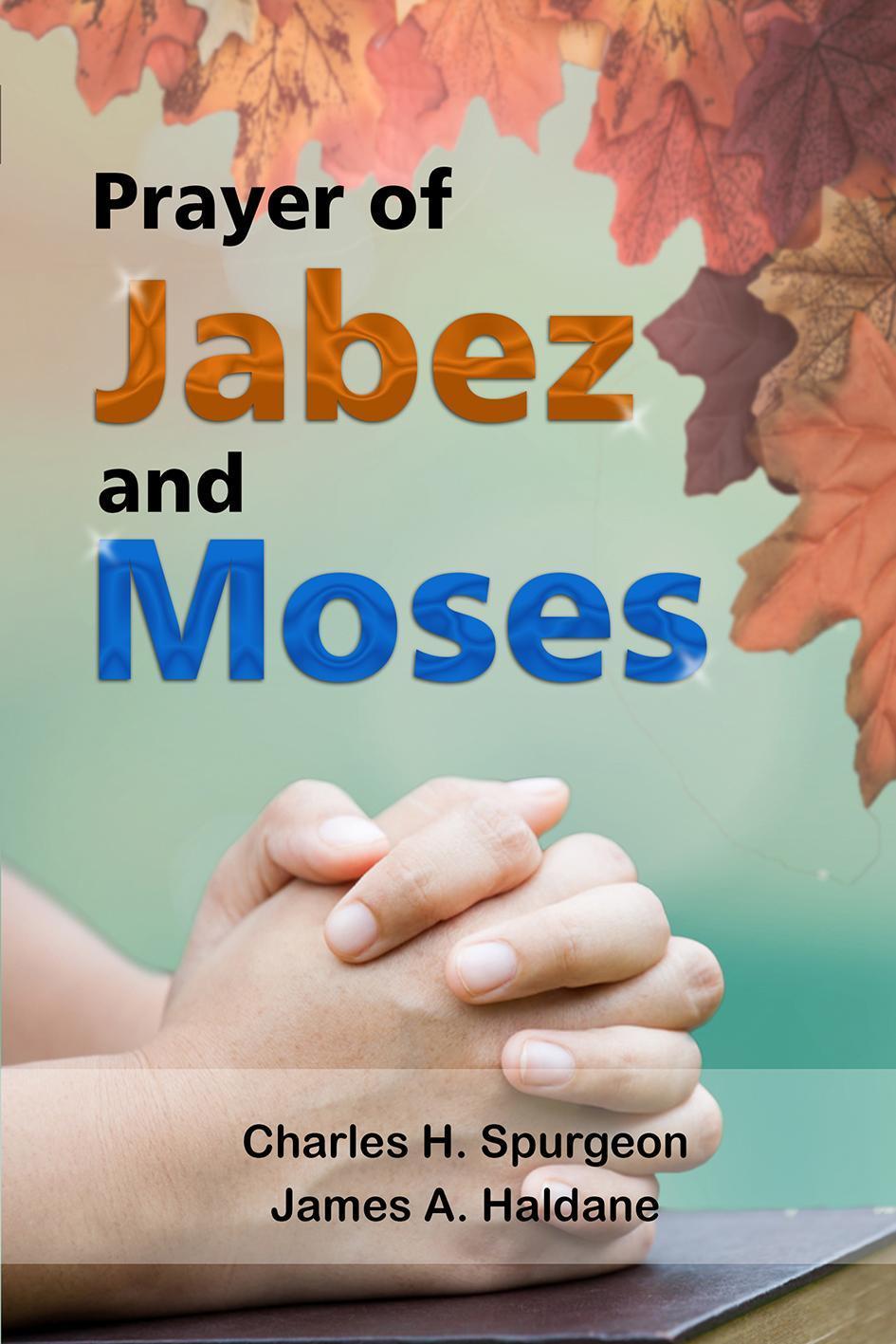 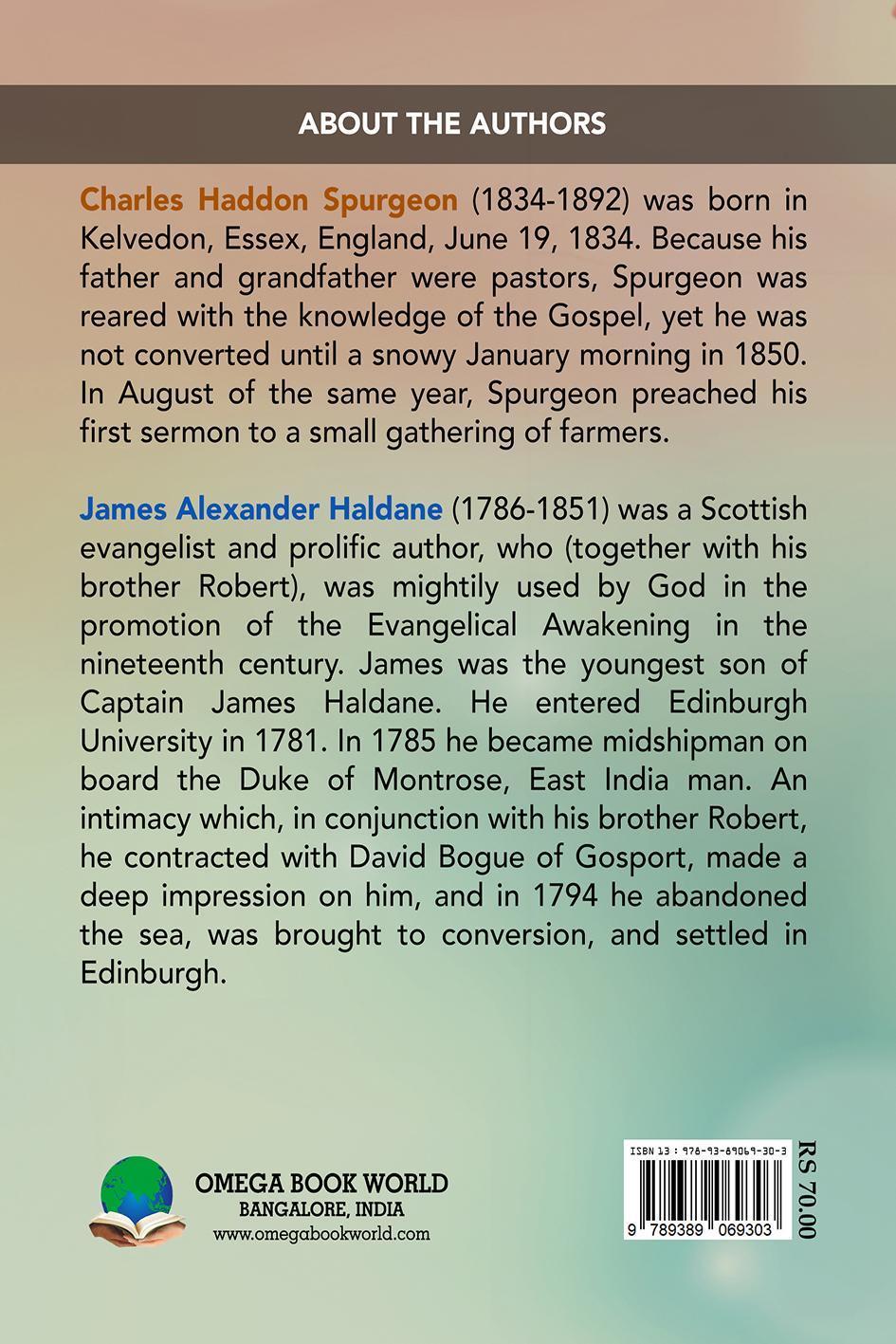 Prayer of Jabez and Moses

Charles Haddon Spurgeon (1834-1892) was born in Kelvedon, Essex, England, June 19, 1834. Because his father and grandfather were pastors, Spurgeon was reared with the knowledge of the Gospel, yet he was not converted until a snowy January morning in 1850. In August of the same year, Spurgeon preached his first sermon to a small gathering of farmers.

James Alexander Haldane (1786-1851) was a Scottish evangelist and prolific author, who (together with his brother Robert), was mightily used by God in the promotion of the Evangelical Awakening in the nineteenth century. James was the youngest son of Captain James Haldane. He entered Edinburgh University in 1781. In 1785 he became midshipman on board the Duke of Montrose, East India man. An intimacy which, in conjunction with his brother Robert, he contracted with David Bogue of Gosport, made a deep impression on him, and in 1794 he abandoned the sea, was brought to conversion, and settled in Edinburgh.

Charles Haddon Spurgeon (19 June 1834 – 31 January 1892) was an English Particular Baptist preacher. Spurgeon remains highly influential among Christians of various denominations, among whom he is known as the "Prince of Preachers".

Turn to God Meditations on Hosea

My Utmost for His Highest – Vest Pocket: Imitation Leather

The Trinitarian Experience in Christian Prayer

Shaping History Through Prayer and fasting