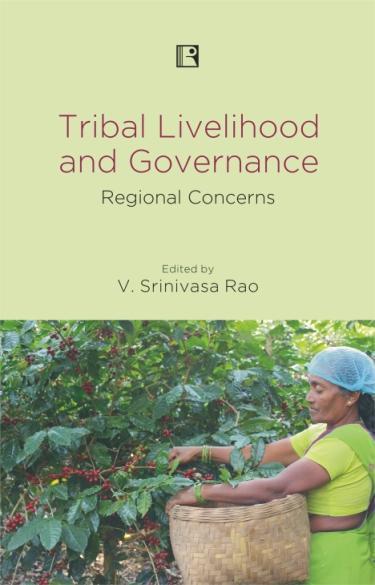 The tribes in India have experienced several legislative policies and amendments on two important issues – livelihood and governance. These two issues are important for the sustenance of a community. The first one, livelihood, addresses food security, and the second one, governance, addresses the administration of their village/habitat affairs, including food security. The traditional tribal governance system plays an important role in order to sustain their livelihood sources. Hence, these two issues, livelihood and governance, are interdependent and one influences the other with reference to the tribal life system.

The tribes in India have experienced several legislative policies and amendments on two important issues – livelihood and governance. These two issues are important for the sustenance of a community. The first one, livelihood, addresses food security, and the second one, governance, addresses the administration of their village/habitat affairs, including food security. The traditional tribal governance system plays an important role in order to sustain their livelihood sources. Hence, these two issues, livelihood and governance, are interdependent and one influences the other with reference to the tribal life system.
The livelihood sources of tribals in India differ from one region to another, and from one tribe to another. The tribal regions are diverse in terms of having natural resources such as forest, water, and land. The traditional livelihood sources of tribes have become meagre due to several reasons, especially after the 1990s. The tribes, who used to depend on forest and forest-based minor products and related natural resources for their daily sustenance, have been migrating in search of alternative livelihood sources. In some cases, the tribes depend on government welfare schemes for their sustenance.
The present volume provides critical insights to understand different tribal livelihood patterns and the implementation of Fifth and Sixth Schedules, including Panchayats Extension to Scheduled Areas (PESA) Act, in tribal regions. It offers a fairly comprehensive account of a wide range of insights on strategies, programmes of tribal livelihood practices and issues around it.
The book will interest all those in the field of tribal studies, anthropology, sociology and development studies as also to NGOs, policy makers and funding agencies.
CONTENTS
Introduction / V. Srinivasa Rao
Part I – Land, Livelihood and Forest: Regional Deliberations
1 Biodiversity Conservation and Livelihood Promotion for Tribes: A Community-based NRM in Arunachal Pradesh / Prasanna K. Samal, Mihin Dollo, Mahendra S. Lodhi and L. Jitendro Singh
2 Tribal Livelihood in Tripura: Issues, Challenges, and Policy Direction / Jayanta Choudhury
3 Artefacts of Jhareka Tribal Artisans: Product, Procedure, Policies and Protection / Aditi Patel and Joly Puthussery
4 Implementation of the Forest Rights Act in Similipal Tiger Reserve Area / Uttam Kumar Sahoo and Bikash Kumar Sahoo
5 Natural Resources, Tribal Livelihood, and Development Interventions: An Empirical Study / Nilakantha Panigrahi
6 Tribal Women and Land Rights: Case Studies from Andhra Pradesh / M. Pushpavalli
7 Tribal Unrest and Land Agitations: A Study of Fifty Years of Land Reforms Experiences in Kerala / Rony K. Baby
8 Livelihood Vulnerabilities in Times of Uncertain Resource Access: A Case of Hali System among Sahariyas in Rajasthan / Bhavya Jain
9 Threat to the Tribal Livelihood Due to Forced Displacement: Political Economy Context / Boya Sree Manasa and V. Srinivasa Rao
10 Investigating Systemic Marginalisation of Skill, Culture and Livelihood: An Ethnographic Study of Chenchus from Telangana / Rocharla Rohith and Ridhima Tewari
Part II – PESA and Governance: How are they Constitutional?
11 Tribes ‘Self-Autonomy’ in Perspective : Contemporary Issues of Sixth Schedule in Northeast India / Vulli Dhanaraju and R. K Bijeta
12 Exploring the Viability of Sixth Schedule in Manipur: An Analysis of the Constitutional Scheme of Schedule Areas / Mercy K. Khaute
13 Critiquing Panchayats Extension to the Scheduled Areas (PESA) Act 1996: With Special Reference to the State of Jharkhand / Jaya Kumari
14 Local Governance in Fifth Scheduled Areas: A Study of the Implementation of PESA in Bijapur District of Chhattisgarh / Rahul Chimurkar
15 A Masked ‘Tribal Development’ in Scheduled Areas: An Overview of PESA Act in Odisha / Roshni Kujur
16 The Question of Political Autonomy: State and Tribes in North-East India / Joseph Riamei
17 Administration in Tribal Areas of Manipur: An Analysis / Ngaopunii Trichao Thomas

V. Srinivasa Rao is Associate Professor at the Centre of Regional Studies (CRS), School of Social Sciences, University of Hyderabad, India. Earlier he was Assistant Professor and Research Associate in the Centre for the Study of Social Exclusion and Inclusive Policy (CSSEIP) at the University of Hyderabad (2009-17) and Maulana Azad National Urdu University (2007-9) respectively. Prior to this, he undertook research while working with CARE-INDIA on education, health, food security and livelihood activites in the tribal areas of northern Andhra Pradesh on the Sustainable Tribal Empowerment Project (STEP) assisted by the European Union (2002-7). He recently edited the book entitled Adivasi Right and Exclusion in India published by Routledge (Taylor & Francis Group), London. He has also published his research findings in peer-reviewed journals including Economic and Political Weekly, Journal of Educational Planning and Administration and Indian Journal of Public Administration.

Be the first to review “TRIBAL LIVELIHOOD AND GOVERNANCE: Regional Concerns” Cancel reply